A leader is best when people barely knows he exists... When his work is done, his aim fulfilled, they will say; we did it ourselves 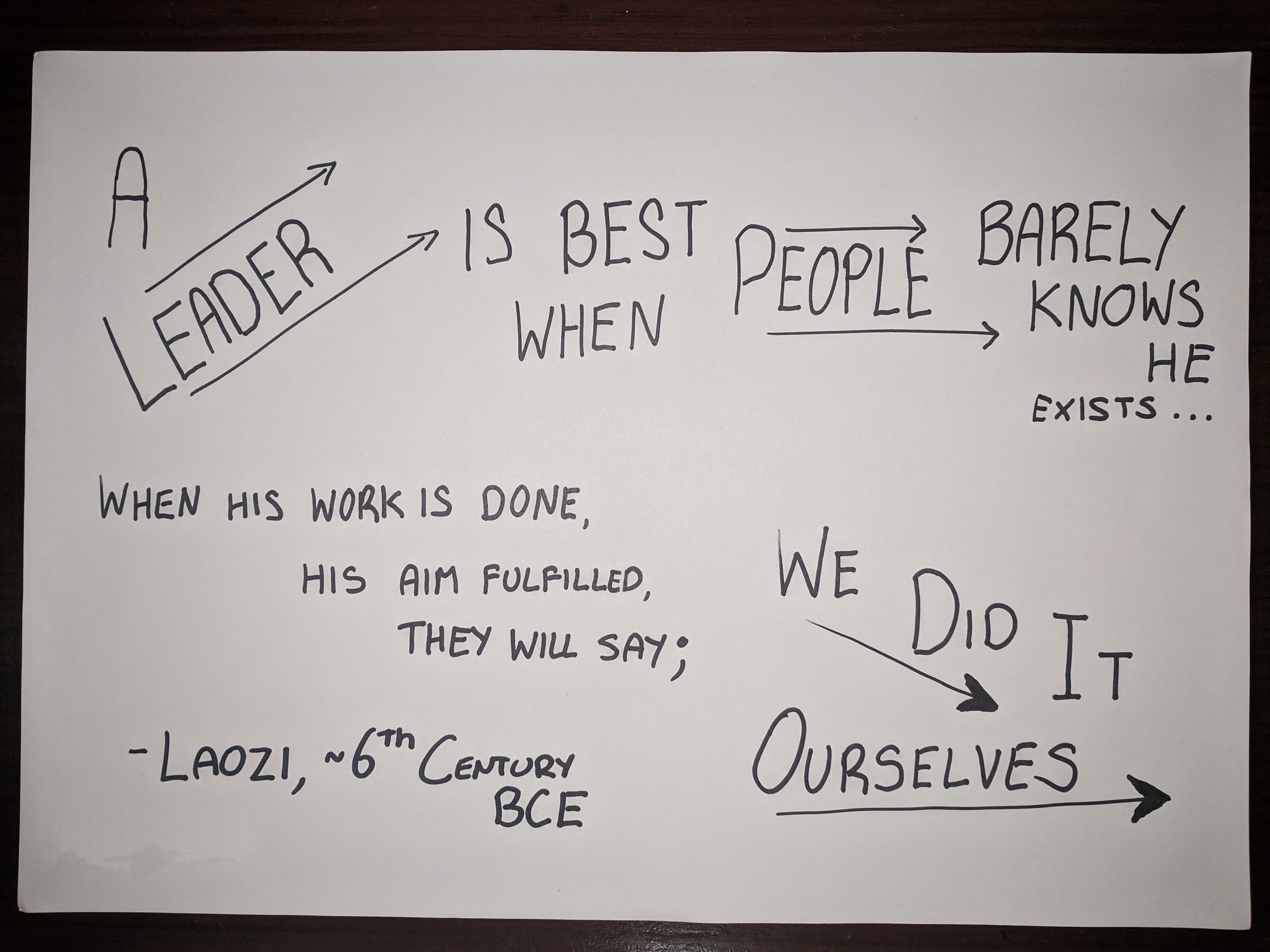 There is a particular freedom that is felt when a burden, no matter how gladly accepted, is lifted. A sense that, once again, time is yours to command rather than holding you prisoner to your own choices. On Thursday we closed the Business Agility Conference in New York City. This particular burden is one of the greatest creations in my life (a statement that I will regret making once my daughter is old enough to read this). Though tinged with exhaustion, seeing this amazing community come together to learn, share ideas, and enjoy time with each other leaves me satisfied in a job well done. In the immortal words of the greatest philosopher of our times: “That’ll do pig, that’ll do!” 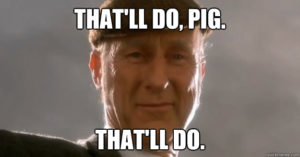 I am amazed at how close we are to a perfect event. After the 2017 event, I felt that we tried to do too much. After 2018, I felt the timing was off and people left exhausted and rushed. After this event, I have no such concerns. Despite the fact that, much like my wife*, who immediately points out all the flaws in her cooking at a dinner party after everyone tells her how much they enjoyed dinner, I am my own worse critic. Sure, there are tweaks to be made (I’m thinking a professional emcee next year if we can afford it), but it was pretty much the experience I wanted everyone to have.

I also learned a lot about my own mental limitations. I am bad at delegation. Don’t get me wrong, I’ve long since learned how to delegate complete outcomes and let people own them. I’m specifically talking about delegating small or simple tasks.

Not because I want to retain control (I don’t). Not because I believe I can do it better (I can’t). And, not even because my ego gets a boost when I’m the hero of the day (although I would probably be the last to know). Channeling my inner Pooh-Bear, I don’t want to be a bother. And what’s worse is that I’m not. These are people who want to be involved and, more importantly, want to feel involved. I am just transferring my own insecurities onto them. Ironically (in the Alanis Morissette** definition), I like volunteering to do this kind of task for other people. It can be fun to do something simple (e.g. support the registration desk or print table numbers) and know you’re helping someone else without needing to commit everything you have to it.

It’s never too late. Luckily, this is one of those situations where identifying the problem is half the solution. I know people want to be an active part of the community and I need to let them. So, if you asked to help, please know that I probably did need it. And, at the next event, I will take you up on it. Make the offer at your own risk.

* I do share the cooking equally with my wife. The difference is that I’m arrogant enough to think I’m a pretty good cook, despite her creations being measurably better.
** Not actually Irony