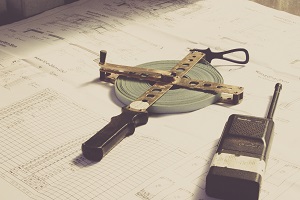 Value stream mapping is a process that is that is commonly overlooked in the application of lean and agile business management. VSM is the practice of defining the functional steps in common business processes and can be anything from IT to sales & marketing; it doesn't matter.

There are many good articles and websites on how to build a value stream map; that's not what I want to do today. What I want to do is get you to think about your customers’ value stream and where you fit into it. Let's start with an example. I recently took a flight from Manilla (Philippines) back home to Melbourne (Australia). I timed myself going through each step as well as the time spent waiting between each step.

Note: if some of these times seem a little fast, it's because it was a late night flight and a quiet airport. However all that did was move the NVA waiting time from before check-in and immigration to before boarding at the gate.

As you can see, most of the value-add time (the time spent on activities that add value to the process), or VA, was relatively short. The time spent actually checking in, paying the airport fee, going through immigration and security was each under 3 minutes. Even going through the gate and boarding process was relatively quick at about 10 minutes. However, where the general process inefficiencies come in, is in the non-value add time (the time spent on activities that add no perceived value), or NVA. We can describe this as a waiting waste for those of you familiar with the 7 wastes.

Let's look at another example involving a flight I recently took from Melbourne to LA. This was a different airport, a slightly different process, but had a similar outcome.

There were much longer waiting times in queues (it was a busier time) but similar outcomes. The total time was similar (only about 15 minutes difference), but still, from a customer’s perspective, highly inefficient.

So, what can the airlines do about it? I really don't know. The primary cause of the wait time is that the airlines ask us to be at the airport 3 hours before a flight. The reason for that is to compensate for the variation in the queues; even in these two examples there is a 40 minutes difference in the time it takes to get to the check-in counter.

My point isn't to improve the airline system (though I would be a very rich man if I could). It is instead to encourage you to think of your processes from a customer’s point of view as well as your own.